Awarded to the educational establishment that has excelled in the provision of a first class environment for teaching STEM subjects including Maths, Technology and Sciences. Entry is open to schools from all sectors.

Ramsden Primary School STEM Club makes a big difference to pupils at a school in an area of high deprivation. The club is often over-subscribed, with creative activities including experiments with sound and investigating gases. The club has partnered with the BBC, the Royal Microscopy Society and local businesses, and was referenced in the school’s latest Ofsted Report.

The Downlands Community School coordinates and manages the Sussex Science Learning Partnership (SLP), which provides subject specific continuous professional development (CPD) for primary and secondary schools and FE providers in the area. Three 4Clubs running at Downlands Community School have raised the profile of STEM subjects nationwide. The clubs are highly collaborative and provide opportunities for cross-curricular activity, for one project the club worked with the foreign language department when students had to design and present the project in German. The school was recognised at the STEM Inspiration Awards 2019 in November last year. 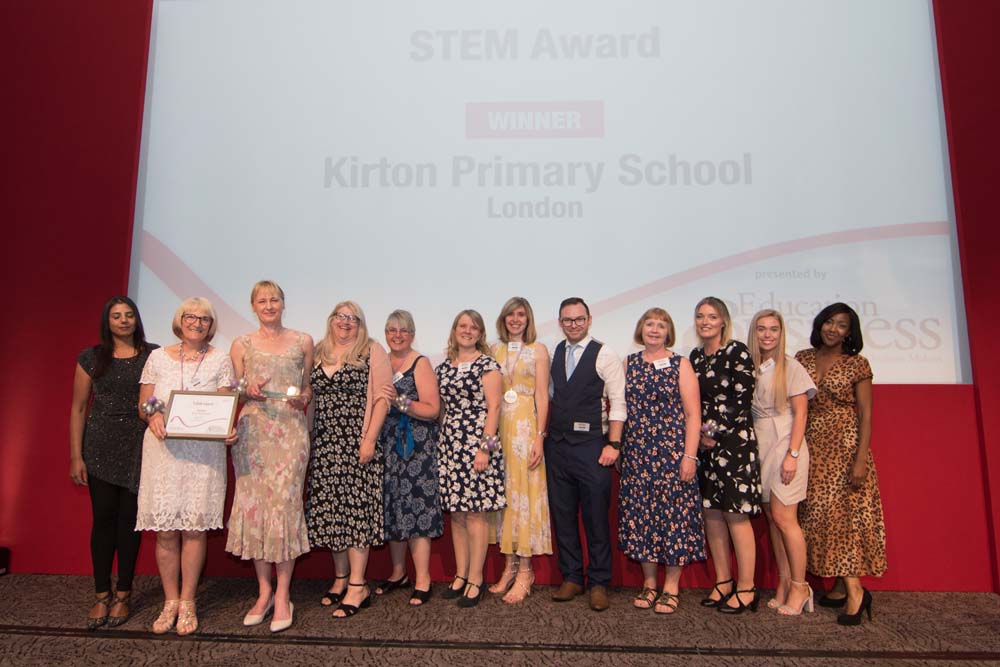 Last year, Kirton focussed on raising standards in STEM, setting the challenging target of ensuring that attainment in science would equal extremely high attainment in maths. Every class has an STEM ambassador, who provides feedback to the School Council. STEM involvement days with other primary schools, a STEM club and information evenings for parents have combined to help progress and attainment in science surpass mathematics.

Egglescliffe School, Durham
The Space Age Lectures were a series of lectures from big names of the science world across an entire school day. Every student within the school was given the opportunity to listen to the tales of the guests. The project maintains momentum through partnerships with local businesses, including a project with Applied Integration and Labman Robotics to enable students to experience Programming and Computer Science in a real world context.

Ellesmere Port Church of England College
An outreach project devised by STEM coordinator Angela Lupton worked with the Department of Mechanical Engineering to raise awareness of STEM subjects among male school students. Staff and Year 11 students from Ellesmere Port have been focusing on a four-year project to design and build a Green-Power car to race at venues around the country. Since the project began, students have been attending mechanical engineering workshops at Thornton Science Park.

Blundell’s School, Devon
Now in its fifth year, the BP Ultimate STEM Challenge invites students aged 11-14 to put their science, technology, engineering and maths (STEM) skills to the test by developing a a solution to a real-world problem. Pupils at Blundell’s School in Devon created a measuring device for coffee machines that checks the cup size before pouring, making it it suitable for any cup, cutting down on plastic pollution and one-use cups. The invention scooped the top prize.

Didcot Girls’ School, Surrey
Didcot Girls’ School Science Club is an after-school club open to all students, providing practical hands-on science experience in a fun and supportive environment. The club has been running for more than 20 years and many former members now have careers in STEM. During a workshop run by the Smallpeice Trust and the RAF, pupils worked in teams to design, build and market an autonomous car which could use sensors to follow a route. 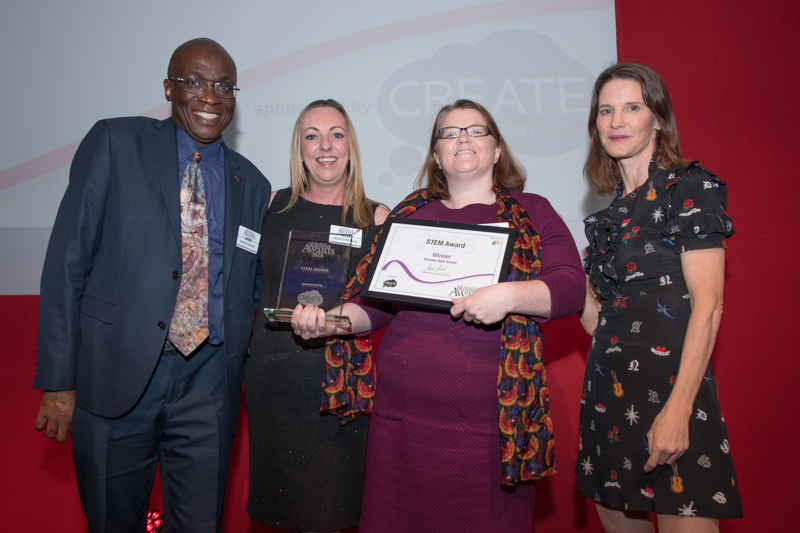 A key aim of the curriculum at Bromley is that girls should appreciate how STEM subjects can help them make their mark in the world. This year saw the appointment of a STEM Co-ordinator, whose remit it is to promote challenging Science and Technology experiences throughout the school including a biennial trip to CERN, the European Organization for Nuclear Research, in Switzerland. The school has also worked with a grant from HSBC to provide robotics equipment. 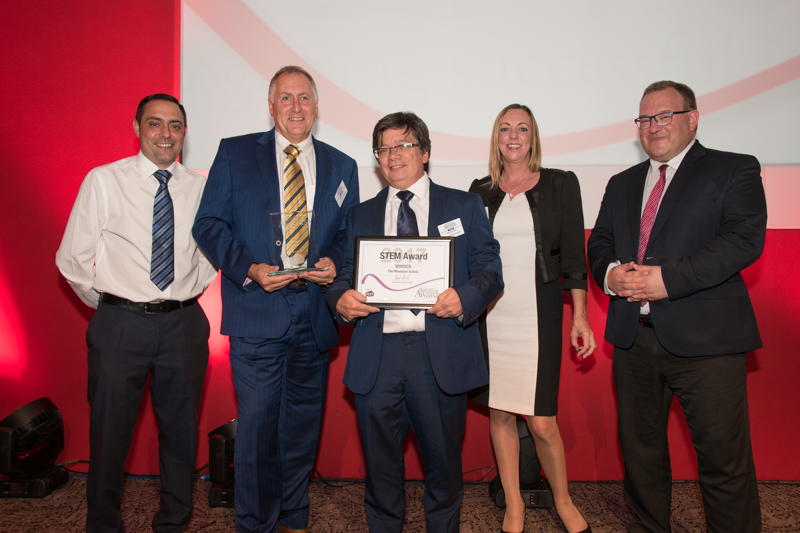 Mosslands STE@M scholars programme offers further opportunities to experience STEM through a variety of visits, projects and problem-solving activities. Visits have included Toyota, Vauxhall, two power stations, Veolia Recycling and Silverstone, and the school has worked with five Universities as well as the Institute of Physics, Royal Society of Chemistry,and the Institute of Engineering and Technology.

STEM is at the heart of school curriculum at this school. The skills learnt are transferrable in future careers end education, which is evident in five of the schools Key Stage 4 STEM Club girls attaining over 10A* to A in their 2015 exams. The STEM Club itself, run by science teacher Ann English, has gained governmental praise from MP Neil Carmichael, chair of the Education Select Committee, who tweeted about their success. 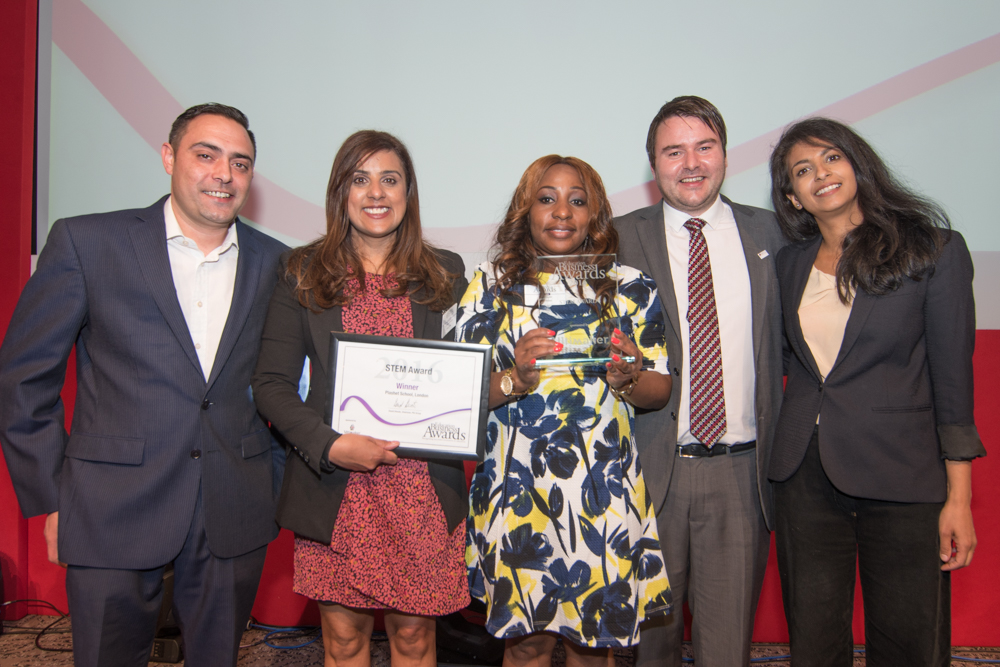 This year, Dalziel High School hosted the sixth annual Science and Technology Fayre, which allows pupils to research areas of Science and Technology which they find interesting and build a model or devise an experiment to demonstrate their chosen area of Science. The school is also exploring the importance of STEM outside of its classrooms by hosting the annual Primary Maths Challenge, promoting Maths to local primary schools in the area. 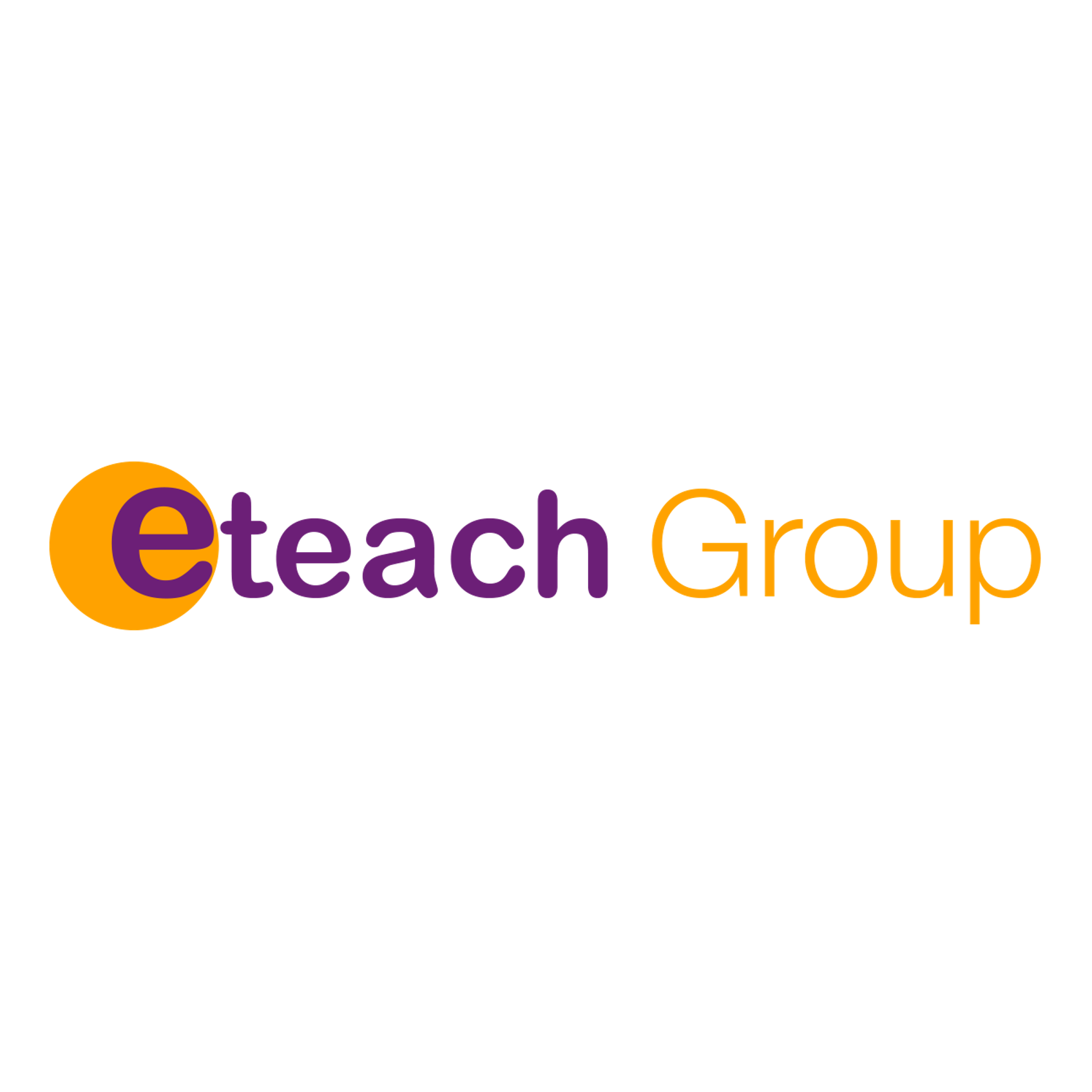 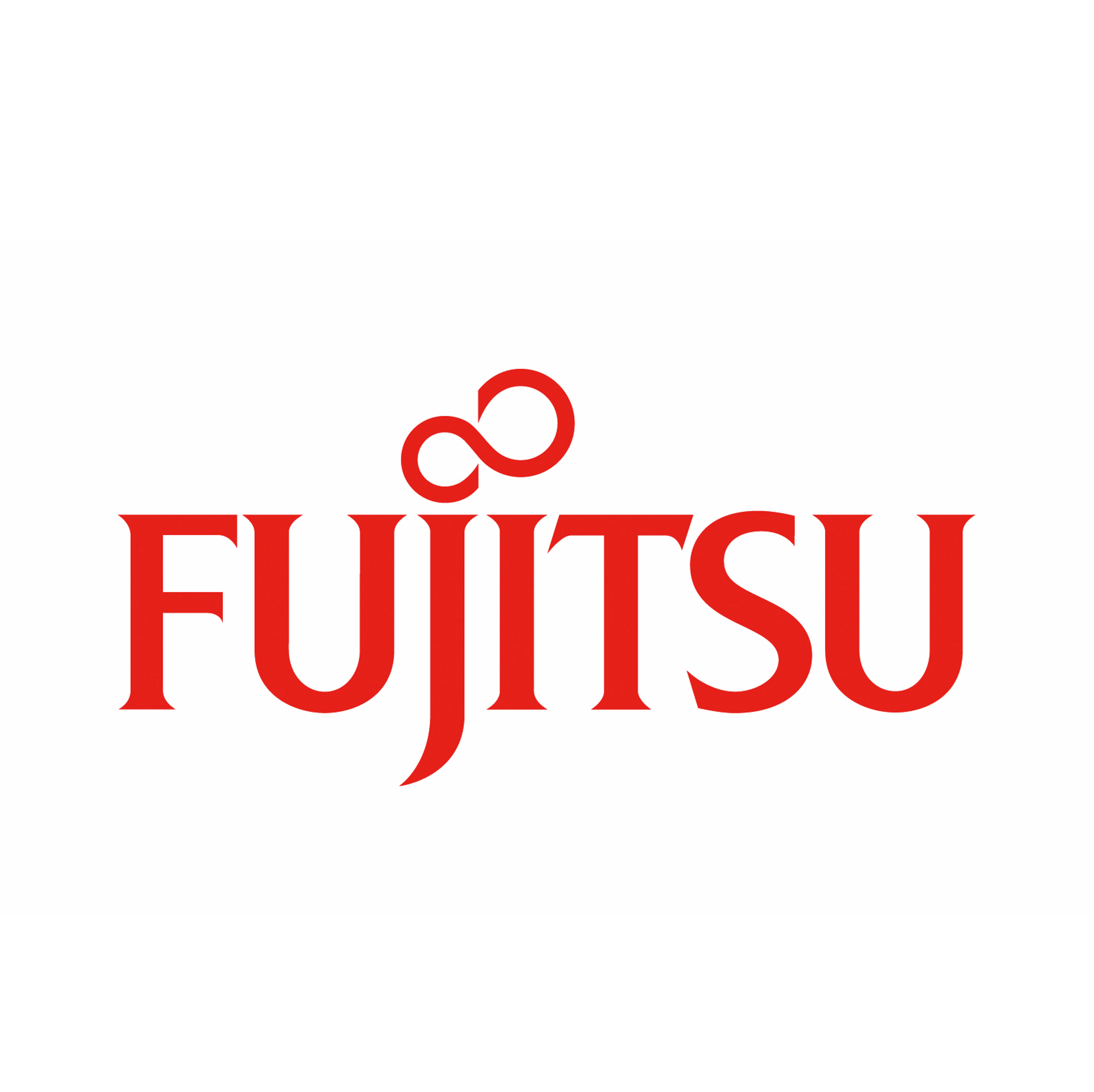 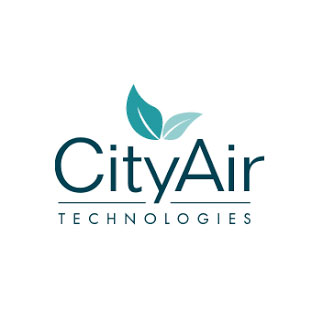 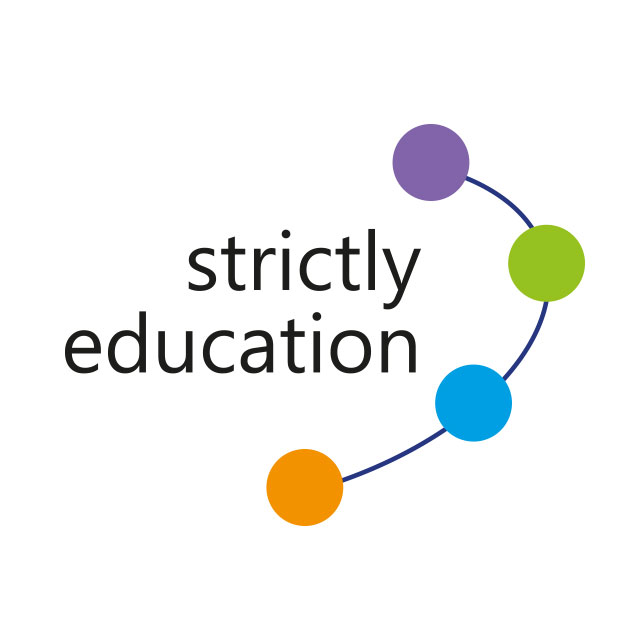 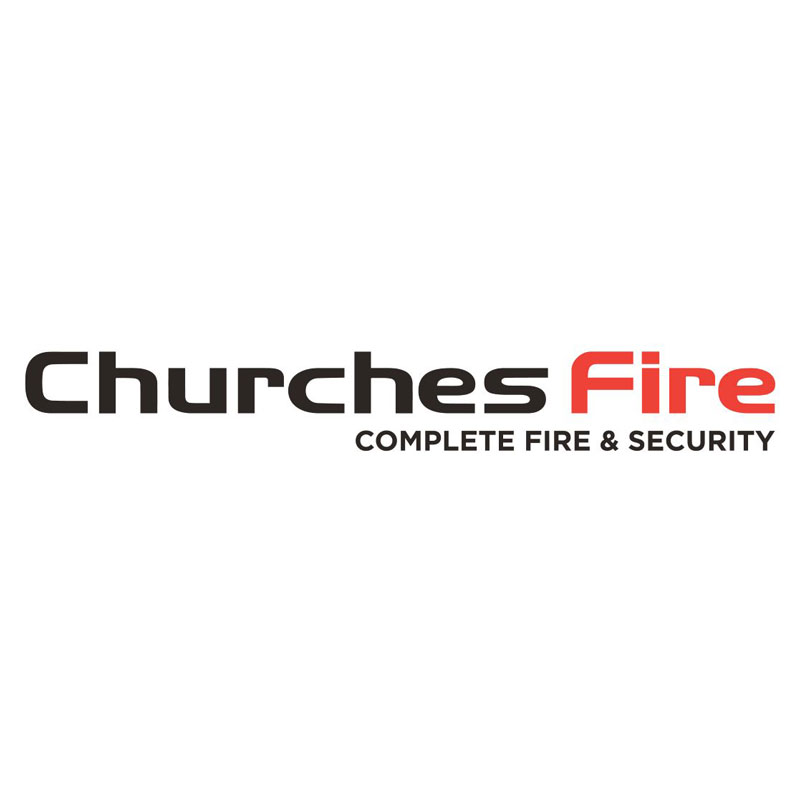