Recognising the UK school that has made outstanding efforts to increase security through a combination of increased awareness in staff and pupils and the procurement and installation of additional security measures.

Southfields, part of a multi-academy trust, teaches some 1300 pupils in London and has fostered a culture of mutual respect among pupils. Since last year, four teachers across different parts of the school have been wearing body cameras. When the camera is switched on to film an incident, the default option means that the footage is encrypted and it cannot be edited prior to being uploaded to a secure Cloud account. Their presence has helped to de-escalate confrontations now that pupils realise their actions are going to be captured on film if they don’t stop the inappropriate behaviour. Since their introduction, the cameras have already had an impact in helping staff defuse confrontations with unruly pupils and can assist gathering evidence for the police if needed. 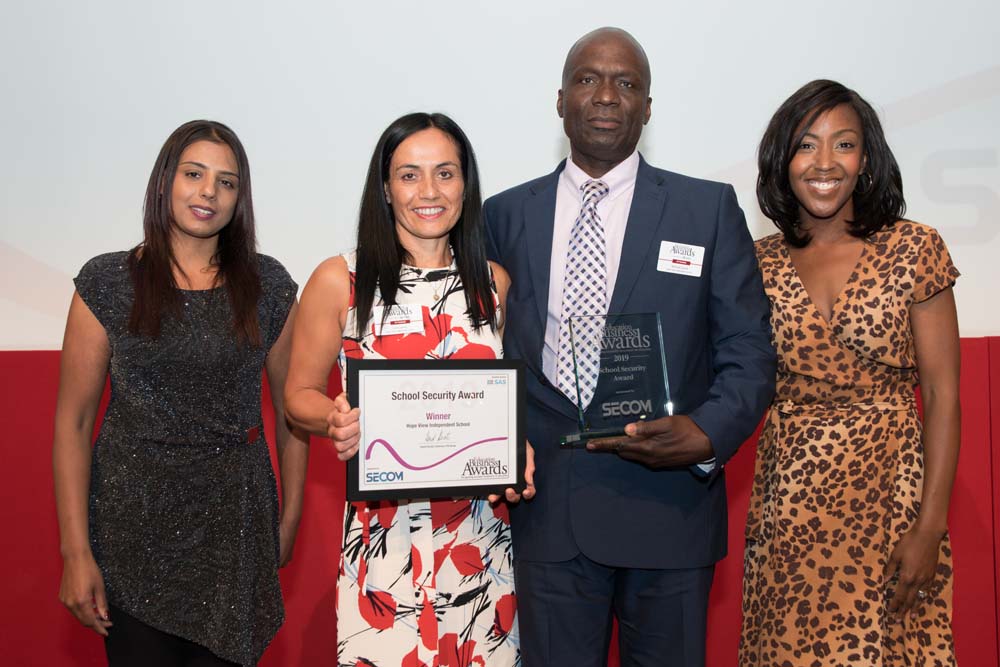 Hope View School is an Independent Special School for pupils with complex needs is situated in a challenging area; just off a major transport route and along the same road as the train station. To keep the pupils safe from unauthorised visitors, the school installed a Securi-Mesh® anti-climb system that uses panels of climb resistant mesh designed with small apertures and welds at each intersection which prevents foot and finger holds. This new run of fencing is in addition to the existing standard steel palisade fencing around the train station.

Selsted Church of England Primary School, South East Kent
In recent years, Selsted has undergone development to improve and modernise facilities. In 2017 the school purchased 0.65 acres of land adjacent to the playground to develop an additional outdoor learning area. To secure the perimeter, EuroGuard® Regular mesh panels provide a pleasant and welcoming aesthetic that blends in with the surrounding natural environment and does not detract from the school’s traditional Victorian architecture. The fencing also offers good visibility, allowing the school to quickly assess any hazards from beyond the fence line.

Moorland School, Lancashire
Set in extensive grounds in the picturesque Ribble Valley, Moorland School ensures seamless education from 2 to 16 years. The challenge of allowing access throughout the school whilst maintaining security was becoming increasingly difficult on a day to day basis due to the large number of keys that were necessary. Over 60 doors are now being managed by a new Progeny access control system, which combines key fobs, cards and ID badges. Intelligent programming has been built in, such as door locking at certain times of the day.

Lampton School, Hounslow
Lampton, a private school in Hounslow, London, is an 11-18 comprehensive with about 1530 students on roll. That number of pupils moving in and out of the grounds, as well as staff and visitors, creates a high level of foot traffic that needs monitoring for safety and control. The installation of Automated Doors and a new Access Control System in the Sports Hall, plus the installation of new automated gates, has helped maintain an accepable level of security for a high number of pupils, teachers and visitors.

Because of a declining budget, Barnston began leasing car parking spaces to parents in order to raise money for improved security, which includes a high definition CCTV system, a sophisticated key fob system at the front entrance of the school and a lock down system which alerts staff and children of an intruder, distinctive from the fire alarm procedure system. This includes a signal call out for the head teacher and a separate one for the deputy. 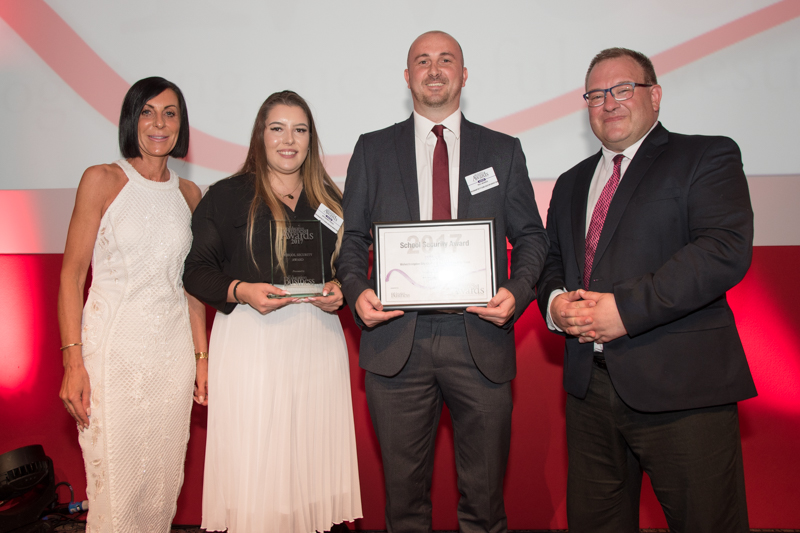 Break-ins at over 60 schools in Wolverhampton have plummeted following the use of DNA forensic marking kits to protect valuable ICT equipment from theft. The crime reduction scheme was launched last year by West Midlands Police and Wolverhampton City Council eServices Team following a spate of burglaries at schools. All technology such as laptops and iPads in 61 local schools is now marked.

Sir Thomas Abney Primary School has always prided itself on the safety of its 430 students and staff. To maintain this, the school has installed the latest wireless-based ‘ring of steel’ comprising two new systems: a wireless electronic locking system that requires a keycard ID pass which automatically synchronises with the locks to allow or restrict access; and a touch-screen interface with the ability to pre-register guests and significantly increase the accuracy of knowing who is on site at any given time. The latter integrates with the existing security infrastructure onto a central platform, making it more accurate in accounting for everyone on- site in an emergency. The work was carried out by Delta Security, which extended its 18-year partnership with the school.

Beddington Park Primary has a commitment to safeguarding and security. Staff access the school site via electronic entry fobs in order to keep the school safe from unsolicited visitors and ensure children cannot exit the site without the use of a fob and therefore staff supervision. Access to the school for visitors is via electronic gates with integrated intercom and camera. Staff are required to attend Child Protection training bi-annually, and safety and security is also comprehensively covered in the school’s staff induction training. The school also participates in the School Safe Alert scheme.