Presented to the educational establishment that can demonstrate a commitment to improving the quality of musical learning through the provision of a first class teaching environment.

Telford Priory School Head of Music Ben Millington and his students who have found themselves in the world’s media spotlight after receiving Sir Elton John’s seal of approval for their version of ‘I’m Still standing’. The rock legend said he had been “blown away” by the school’s version of the track and had “loved” their version so much he had watched it three times, and invited them to a gig when he plays in England after the coronavirus crisis is over. Since the video was published, students have seen their story go around the world, with interest from US, Australian and New Zealand TV networks, as well as legendary music publications Rolling Stone and NME.

Music is a key strength at Cobham with strong links to The Yehudi Menuhin School and a number of flourishing instrumental and choral groups. For its Music Award Scheme, students may apply from any locality, as distance is not a determining factor in allocating places on the Award Scheme. As the award will be given to students showing musical potential, no previous instrumental tuition will be necessary in order to apply. At Key Stage 3 all students have class music lessons taught by the Director of Music, with a wide range of topics, covering and extending beyond the requirements of the national curriculum. Students improve their practical and theoretical abilities through opportunities to perform and high quality lessons in composition and musical analysis. For GCSE Music, a full suite of Mac computers and keyboards are available to support studies. 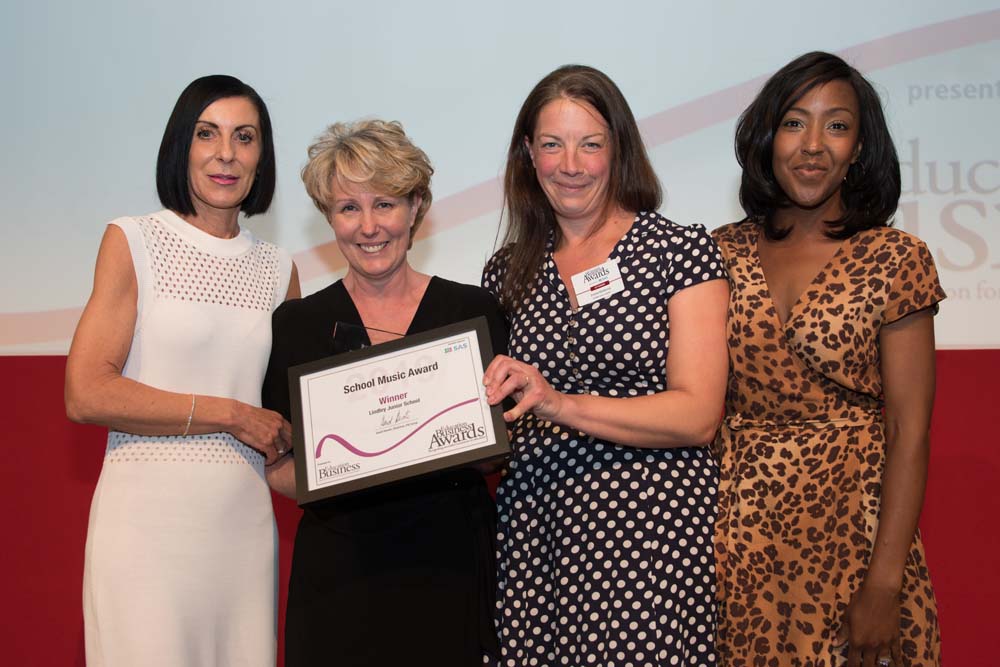 The Lindley Choir’s (an auditioned choir of 50) achievements have included winning Barnardos Choir of the Year three years running, the International Eisteddfod at Llangollen twice, Choir of the Year Children’s Choir and BBC Songs of Praise Choir of the Year twice. Alison North MBE maintains the phenomenal standard of the choir year after year, along with teaching a wide, varied and exciting music curriculum to all 16 classes.

Longmoor Community Primary School
The core of Longmoor’s music curriculum is an expertly-assembled program of weekly music lessons introducing children to progressive skills and musical concepts. Complementing the weekly lessons, specialist external providers enrich children’s musical abilities. An exceptional school choir of 40 pupils performed at the prestigious Cross Border Orchestra Peace Proms. The children display a range of talent and some have received roles in musicals in theatres in Liverpool.

Feversham Primary School, Bradford
Feversham Primary School took a decision to rebuild its curriculum around music. Pupils now have three hours of music timetabled into their school week. Many pupils are doing up to eight hours a week with choirs and clubs - a much bigger commitment to music than in most state schools. It is now in the top 10 per cent of schools in England when it comes to progressing children’s learning in core subjects like maths and English.

Lichfield Cathedral School, Staffordshire
A partnership between Lichfield Cathedral School and Lichfield Cathedral is a stunning example of how collaborations between groups of schools can create opportunities to expose young people to profound creative stimuli, as well as enabling them to realise new ambitions and challenge gender stereotypes. The school has recently undertaken a 6 day tour to Dresden and Leipzig, singing services and giving concerts in the principal churches of both cities.

King’s Ely, Cambridge
King’s Ely, one of the oldest co-educational day and boarding schools in the country, was first established to educate the boy choristers of the worshipping community of Ely over 1,000 years ago. King’s Ely and Cambridgeshire Music joined forces to launch the Ely Area Music Centre in September 2018. Children from across the region come to attend every week to learn new musical skills and experience the fun of playing in a wind band and full orchestra. 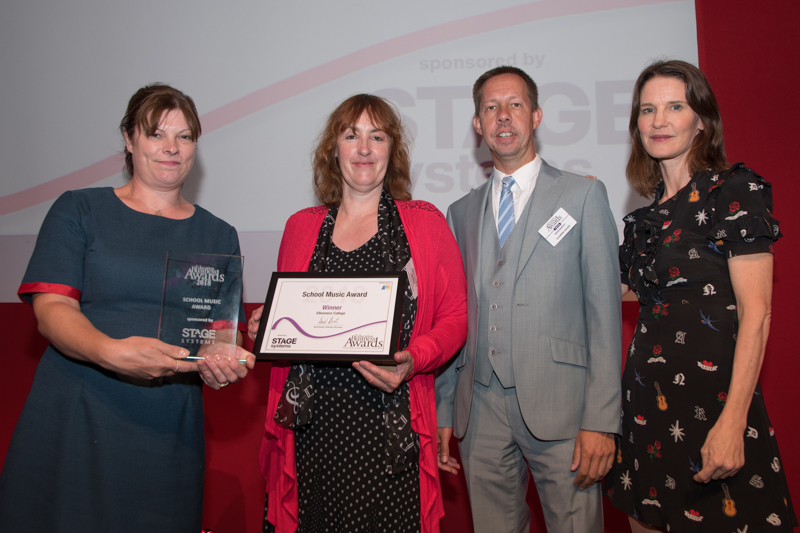 The music department at Ellesmere continues to grow and thrive with an increase in both standards and opportunities for students and members of the wider community. The Chamber Choir have enjoyed their most successful year yet, reaching the finals of both the Barnardo’s National Choir Competition at the Royal Festival Hall, and the BBC Youth Choir of the Year competition. This year has also seen the launch of a new community orchestra. 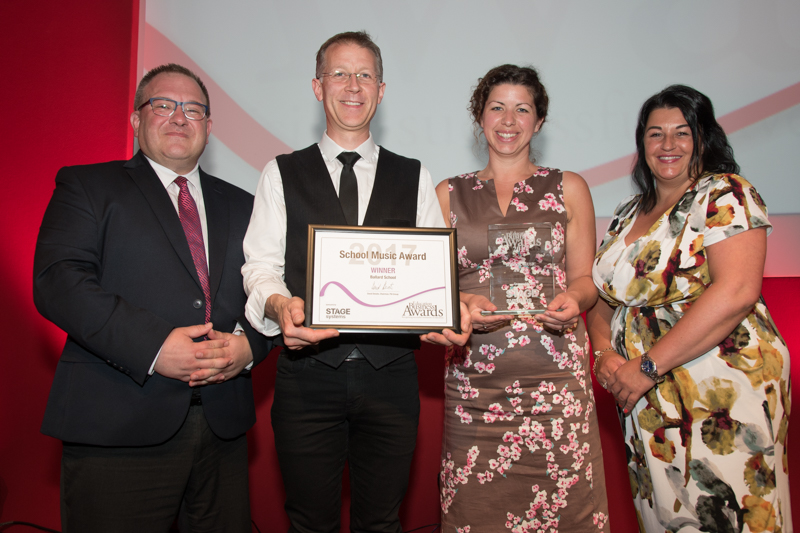 Teachers at Ballard are committed to making music fun and fulfilling. With Classical and Contemporary pathways, extensive ensemble programme, lunchtime recitals, regular concerts and large musical productions, the School enjoys stretching musicians with new repertoire and experiences. Ballard has won many awards (ISA, ISM, Arts Council) and has attracted many pupils because of its vibrant Music Department. 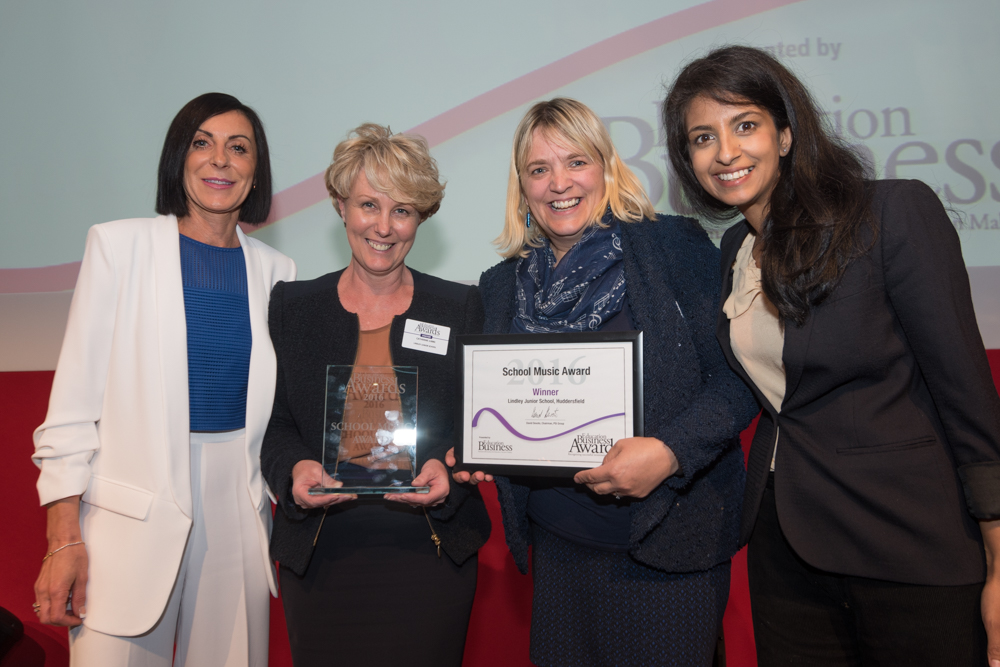 Lindley Junior School Choir won the Junior Choir of the Year title at the Barnardo’s Choir Festival earlier this year, highlighting once again the school’s musical talents. As one of 18 schools, from around 100 who auditioned to make it to the final, the Lindley children sang ‘Feel Good’ and ‘Can You Hear me?’ at the Royal Festival Hall in London. The choir also competed in the BBC’s Songs of Praise School Choir of the Year Final in May 2015. Alison North, choir conducter, praised many of the young performers, saying: “It’s probably the youngest choir we have ever had, with some Year 3 children in there. About 100 schools auditioned and just 18 got through to the finals in the Festival Hall. It meant a long, long day as we left school at 7am and didn’t get to bed until just before midnight, but I and the choir and all chuffed to bits.”

Morpeth School has a forward thinking music department that believes interaction with music can help develop pupils’ competence as learners and change the way they feel, think and act. With over 22 specialist music staff, they offer a large range of instrumental lessons, including steel pans, tabla and guitar, as well as a variety of extra curricular music clubs, including the Pulse percussion group, the Urban Playground wind and brass ensemble and the Music Tech Club for writing and producing. A state-of-the-art music department includes two classrooms, two music technology suites, 13 practice spaces and a recording studio with a separate control booth.