Presented to the UK Primary School that has made outstanding progress in the management of its facilities, finances and human resources and can demonstrate an increase in the educational performance of the school.

With just over one hundred children or roll, Eldersfield puts a range of experience based learning opportunities to good use in order to meet the needs of pupils. It has adopted the 17 Global Goals for Sustainable Development as a key curriculum driver, which gives a real context to the children’s learning and will enable them to make informed decisions as they move through life. After school clubs cover a range of sports and physical activities ads well as helping pupils with real-life experiences. 100% of pupils reach the expected standard in reading, writing and maths.

In 2017, Perry Court was the worst performing school in Bristol and placed in the bottom 1% of the country’s primary schools. A dramatic turnaround now sees Perry Court ranked in the top 1% of schools nationally for both attainment and progress in reading, writing and mathematics, a particularly impressive achievement given that half of all pupils at the academy are from disadvantaged backgrounds. A new academy building costing over £9m is scheduled for completion in May 2022 and will provide a further 630 primary places. 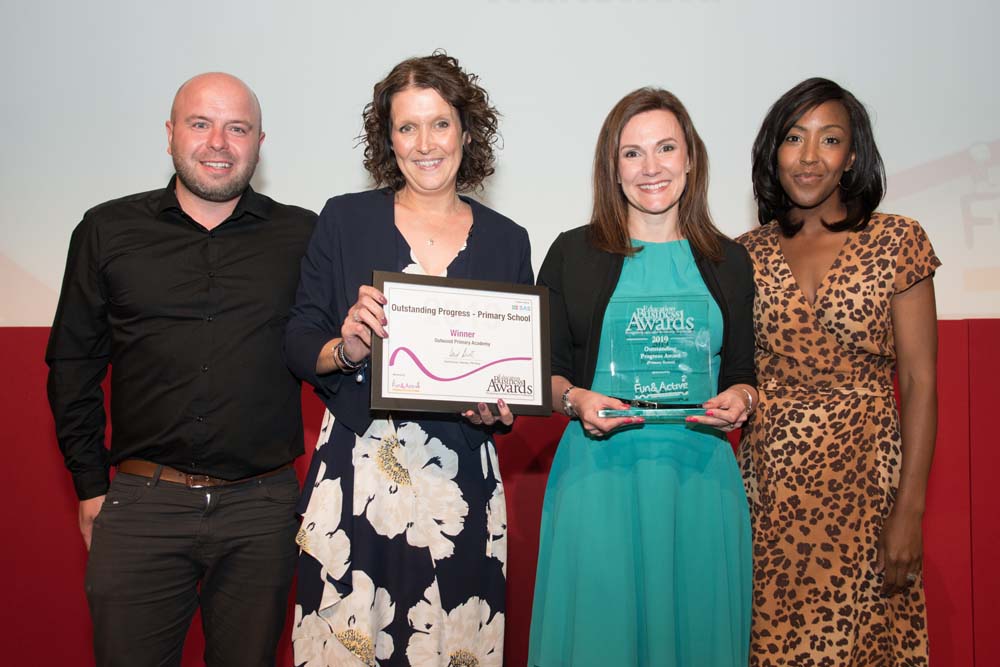 Outwood Primary Academy Ledger Lane converted in December 2012 after two consecutive Ofsted inspections rated the former school as ‘Requires Improvement’. A two-day inspection in April 2019 found the Academy Outstanding in all five areas. Leaders at the school are said to be ‘uncompromising in their determination to continually improve pupils’ outcomes.’

Kirton Primary School, Lincolnshire
Investments in the curriculum and staff training have helped to transform outcomes at Kirton Primary. From failing to meet floor standards in 2014, the school is now in the top three per cent of schools in England for progress and in the top one per cent for progress for disadvantaged children. In 2018, academic progress placed the school 105th out of 14,749 primary schools in England.

Heatherbrook Primary Academy, Leicester
Re-opening in 2017 after the Learning without Limits Academy Trust took over the former primary school, a dramatic improvement in results has taken place at Heatherbrook. The Raising Aspirations programme aims to reduce cultural deficits which exist in schools with high levels of deprivation, by giving pupils chances to experience new opportunities in the curriculum.

Queen’s Park Primary School, London
Queen’s Park takes a creative approach to curriculum design, along with a focus on wellbeing and mental health. Investments in staff training have allowed the school to take on roles such as a school counselling service, coaching and mentoring and pastoral leadership. This has given parents and carers an opportunity to deliver shared support.

St Wilfrid’s Catholic Primary School, Yorkshire
St Wilfrid’s was placed in the top 10 per cent of all schools nationally having maintained pupil’s attainment at both expected and higher standards at Key Stage 2 in reading, writing and maths. Head of School Delia Evans has led on making significant improvements to teaching and learning and is working with the senior team to develop a strong curriculum model. 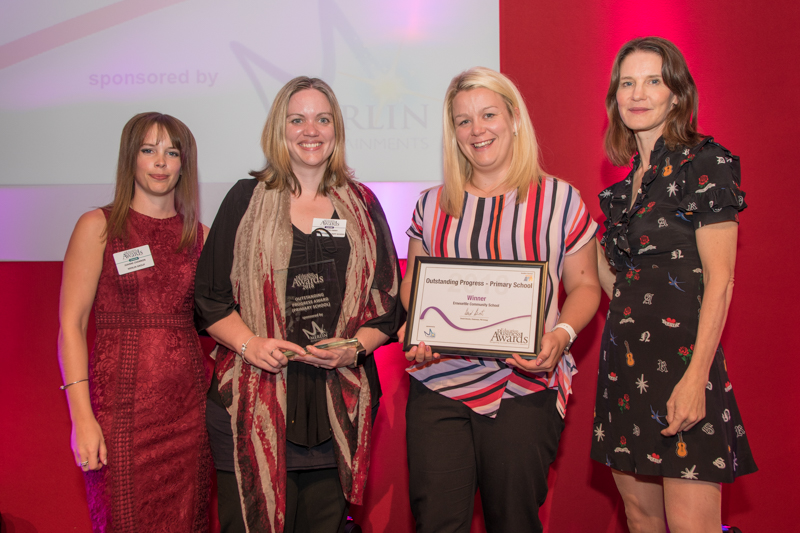 For the last three academic years, attainment figures put Ernesettle Community School in the top 1000 schools nationally overall and the top 100 schools for disadvantaged pupils’. Extended Schools provision, subsidised educational trips and the continued appointment of a Family Support Advisor all help to improve the life chances of its pupils. 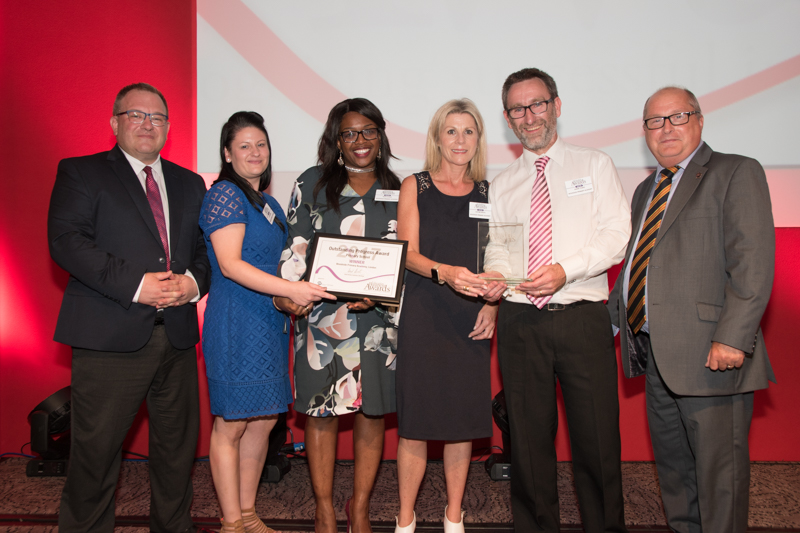 Woodside was put into special measures by Ofsted in 2012, but changes made under headteacher Shane Tewes involved parents and pupils, and a remarkable turnaround now sees the school rated Outstanding. In 2015, the school was in the top one per cent of schools in the country for the rate of pupil progress. 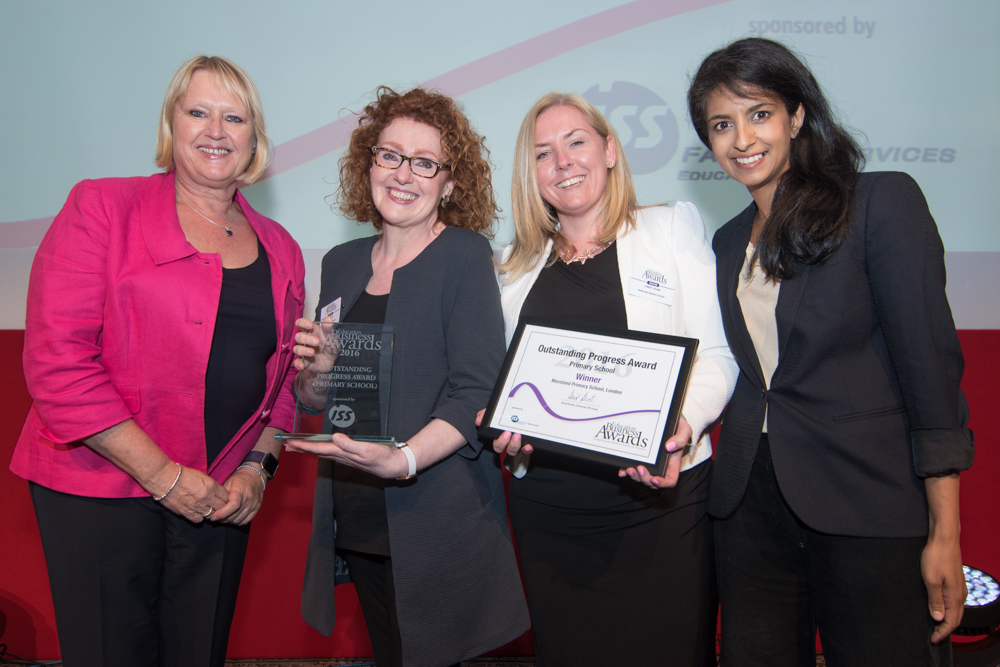 Moreland Primary School has beaten off criticism by the inspectorate from 2013 which saw the school gain a ‘Requires Improvement’ rating, to achieve it’s first ever ‘Good’ rating. The school was particularly praised for producing ‘exciting lessons’ and pupils achieving well. The school now moves to a new building on the same sight with an exciting future in store.

Since the Harris Federation took over Colraine Park Primary in 2012, the Tottenham school’s journey has taken a path from special measures to ‘Outstanding’ in just two years. The DfE rated it as the top sponsored primary Academy in the country for progress made by pupils between the ages of 7 and 11.