Worle Community School Academy in Weston-super-Mare, Somerset, has been praised across the world in a competition involving 105 nations. Climate Justice Revolution, which has grown from 4 pupils in 2019 to over 20, won a commendation for Social Media Champions as well as being semi finalists in the international Global Social Leaders competition involving over 600 teams. The school has recently installed two electric car chargers.

At Damers all of their eco-work has had a huge reach locally and nationally. The school has worked with their local community, informing everyone how they could reduce their use of plastics. Pupils even put pressure on local businesses leading to one local butchers becoming a zero waste shop. So far, 84 businesses have signed a pledge to remove 3 types of single-use plastic from their organisation. The school works with volunteers from the local community to grow and harvest fruit and vegetables. They have also contacted other local schools to devise a county-wide litter policy. Pupils from Damers have been invited to be a part of Dorset Council’s Climate Change Panel, separately, setting up their own steering group to help make Dorchester as green as possible. 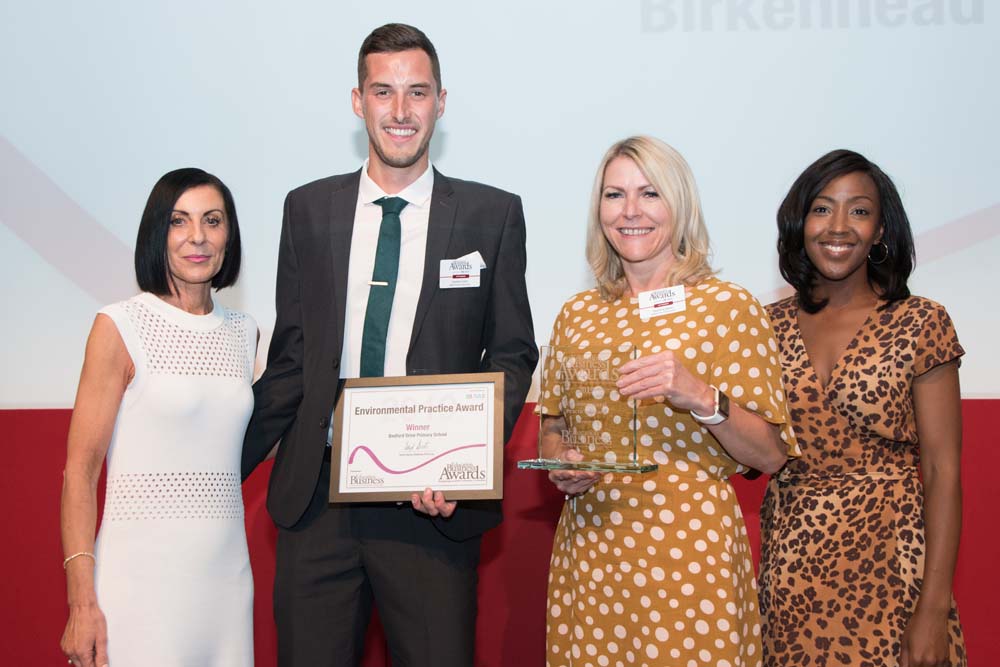 Bedford Drive Primary School’s Eco Club started almost ten years ago and has since empowered pupils to improve their environmental awareness and drive change. In 2018, the school was involved in an art installation by Lulu Quinn entitled A Message in a Bottle. Children from the Eco Club were invited along to a workshop with the artist to help in forming the huge sculpture made from one-use plastic bottles, which was then installed at Marine Point in New Brighton.

Victoria Park Primary School, Bristol
To ensure that the whole school has an input into sustainability, each class at Victoria Park Primary School elects an ‘Eco Rep’. Each year the school’s Green Team team work together using data collated from audits, the school action plan and advice from Eco Schools to establish an action plan of goals for the following year. Past projects have included events such as Waste Week, Switch Off Fortnight and even shoe exchanges.

St Anne’s Church Academy, North Somerset
St Anne’s Church Academy was named North Somerset’s school of the year due largely to its efforts to reduce traffic and encourage children to be more active.
A programme of initiatives including a walk to school campaign, scooter safety sessions and a park and ride shuttle system have all proved popular with pupils and parents. The school has also earned bronze Modeshift STARS accreditation for excellence in promoting sustainable travel.

Denton Community Primary School, Newhaven
New research shows four in ten children are breathing toxic air at school, leaving pupils at an increased risk of developing lifelong conditions including asthma. On March 25, Denton Community Primary School in Newhaven closed the road outside the school to improve air quality and safety outside the school gates. The ’School Streets’ initiative is part of the Big Pedal challenge, a competition to promote cycling, walking and scooting to school, promoted by SusTrans.

Putney High School, London
Two innovative projects in the last year have put wellbeing and green infrastructure at the heart of Putney High School’s learning, development and commitment to the community. Led by an elected student Eco-Committee, Putney’s ‘Breathe’ initiative was designed to make a positive impact on the lives of Wandsworth school children and local residents by tackling environmental issues in the borough. 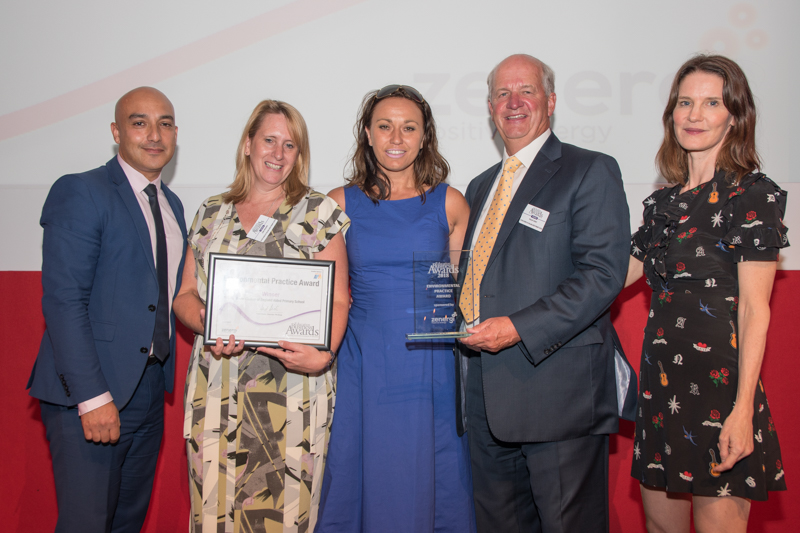 The new 166 square meter double classroom block at Hever Church of England Aided Primary School is as an extremely energy efficient and low-carbon building. Designed and built by Net Zero Building, the block is fully powered by electricity removing the need for a gas supply. The annual electricity consumption for is around 30kWh per m2 per annum as opposed to 120kWh for a traditionally built alternative. The rapid assembly kept disruption to a minimum. 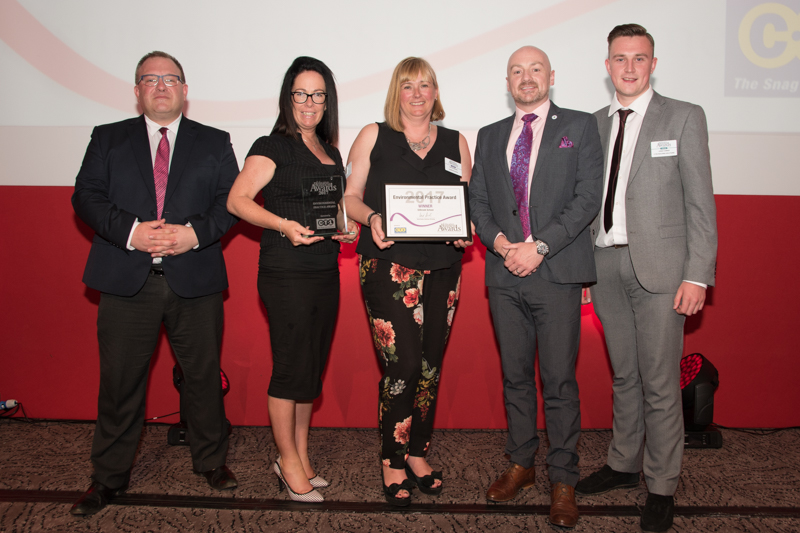 Gilbrook, a maintained primary special school, was invited to help produce a report for a Commons Select Committee inquiry into the future of our parks. The report, Nature is Nurture reinforced the idea that there is a huge, positive impact on children’s mental health when using outdoor space and focused on how green spaces benefit our children. Use of the schools outside area is thoroughly embedded throughout the curriculum. This helps support the mental health and well-being of pupils and staff, and helps pupils understand and act on environmental issues. 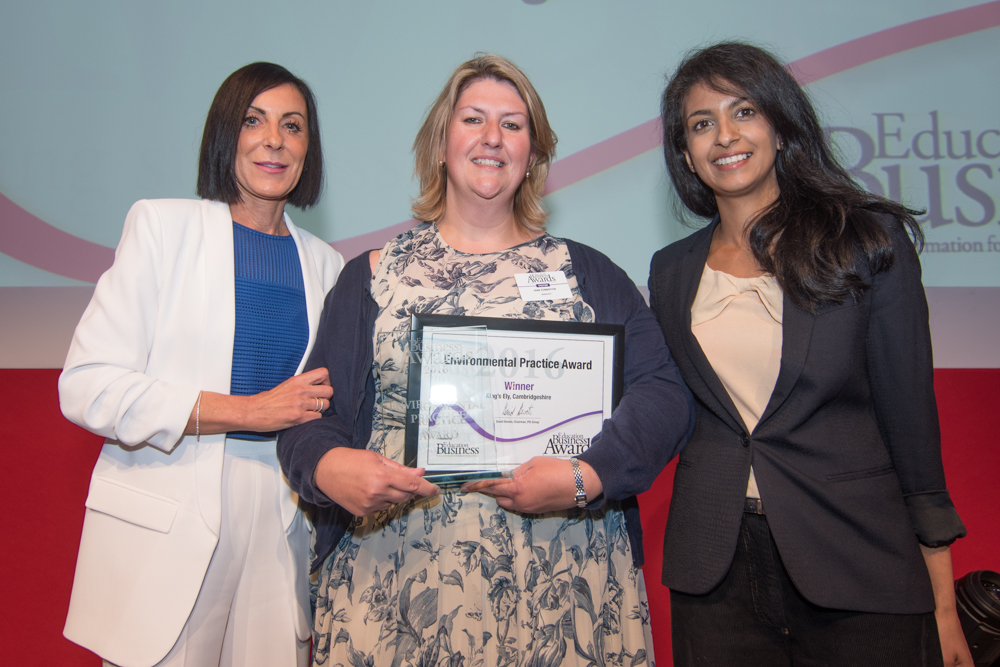 King’s Ely has become the first independent school in the East of England to win the Modeshift STARS Award for its sustainable transport policies. The scheme encourages schools to increase levels of sustainable and active transport and in so doing, improve the health and well-being of children and young people. King’s Ely promotes the use of cycling and walking to and from school, as well as safer travel practices, both on and off school grounds. The school has been recognised for working with the highways authority on several projects to improve student safety when travelling, and has implemented more school buses and bus routes to reduce the number of individual vehicles travelling on Cambridgeshire roads.

A teaching assistant from Halesowen has won a top award for the environmental projects she started at her school. Lutley Primary School teacher Liz Cole scooped the World Wildlife Fund’s Green Ambassadors Teacher Award 2014 after running a forest school, allotment, eco council and recycling. Head teacher Rebecca Cox nominated Miss Cole for the award and she beat off 200 other hopefuls to win the accolade. At the Awards, the judge said: “I have never before met a person who is so devoted to ensuring that the next generations of children are highly aware of their environment and their impact upon it.”